The connection of the Gernon family with Belchamp Walter stems from the marriage of a daughter to a resident of the manor in the 14th century.

The research on John Gernon the Knight is a little sketchy.

Sir John de Boutetourt's son, who was living at Belchamp Walter manor in 1340's. He married Joan the daugther of John Gernon.

Apparently, John Gernon was a rich knight. His daughters Elizabeth and Joan 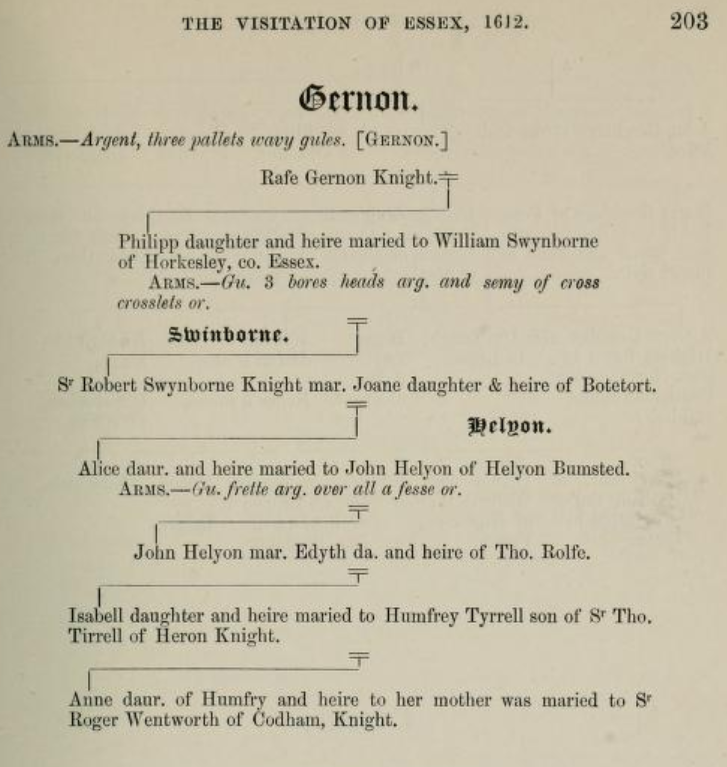 The Geni.com does not mention who Sir John's son was and who the young Sir John, married.
However, Thomas Wright in his Hstory and Topography of Essex, goes on to say:

He married Joan, daughter and co-heiress of John Gernon, of the family of Stansted Montfitchet, whose only daughter was named after her mother; she was a very rich heiress, conveying the large possessions of the Botetourts and Gernons to her husband, Sir Robert Swynborne, of Little Horksley.