Edward III
Menu A chronological history of Belchamp Walter Audit The R_______ Era Where did the money come from?
tempusfugit.me.uk

This page was another family tree that I found doing my research - The tree comes from "The Plantagenet Roll of the Blood Royal: The Mortimer-Percy Volume". It confirms the family tree on the Freer website.

This page was expanded as a consequence of reading Wolf Hall by Hillary Mantell, Henry Percy, Earl of Northumberland, was mentioned in connection with Thomas Boleyn, 1st Earl of Wiltshire. Also looking at the Plantagenet Roll family tree I noticed reference to The Bigot Aske Rebellion - 1537. 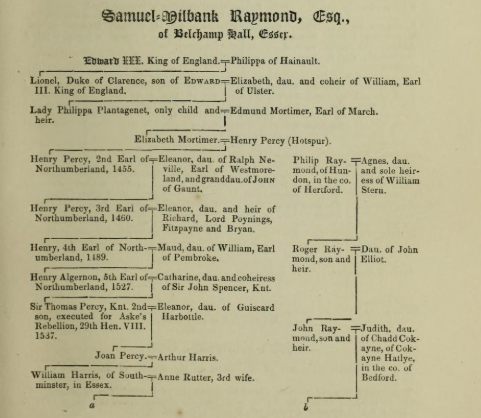 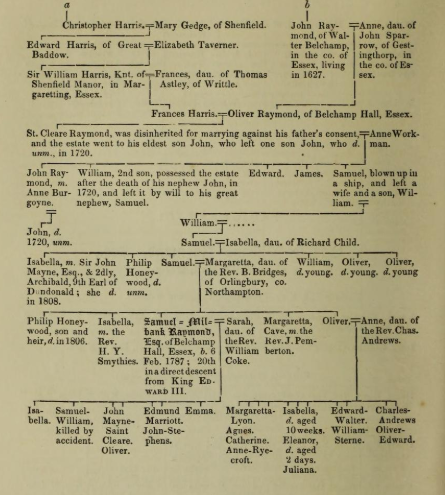 She was married to Edmund Mortimer in 1368

The mother and father of William Harris of Southminster, Essex.

Sir William Harris of Shenfield and Frances Astley of Writtle, mother and father of Francis Harris who married Oliver R_______.

" Thomas Percy was a participant in the 1537 Bigod's Rebellion in the aftermath of the Pilgrimage of Grace, a Roman Catholic uprising against King Henry VIII. "