On a computer right click on image and select "save as".

This page is a work in progess. I will be adding more photos as I review and name them. Please return to see the progress

The photos can also be viewed on a Smartphone or on a tablet - images can be saved on those devices as well.

The pictures are not in any particular order and I am trying to create menu items to aid location.

Some descriptive text is added and could be used in the Church brochure. The info on the organ was taken from the original information sheet on the Church.

Photos on this page are those that should be included in the Church brochure.

The Longlist still exists and the Image Grid is a more comprehensive page of many more photos.

I suggest that the photos on this page are used in addition to a photo of the organ and maybe some of the altar. The photos of the murals were seperated into the described scenes, such as the Last Supper and Jesus entering the gates of Jerusalem, I suggest that a combined photograph be used as it is far more represetative and avoids the duplication of parts of the mural.

The Three Living and the Pelican can serperate and a decision should be made regarding the Wheel of Fortune (St. Sabastian) and the Resurection mural. These can be referred to in the text but don't make good photographs. St. Edmund and St. Mary obbiously should be there. Also some additional stained glass, with extra detail??? 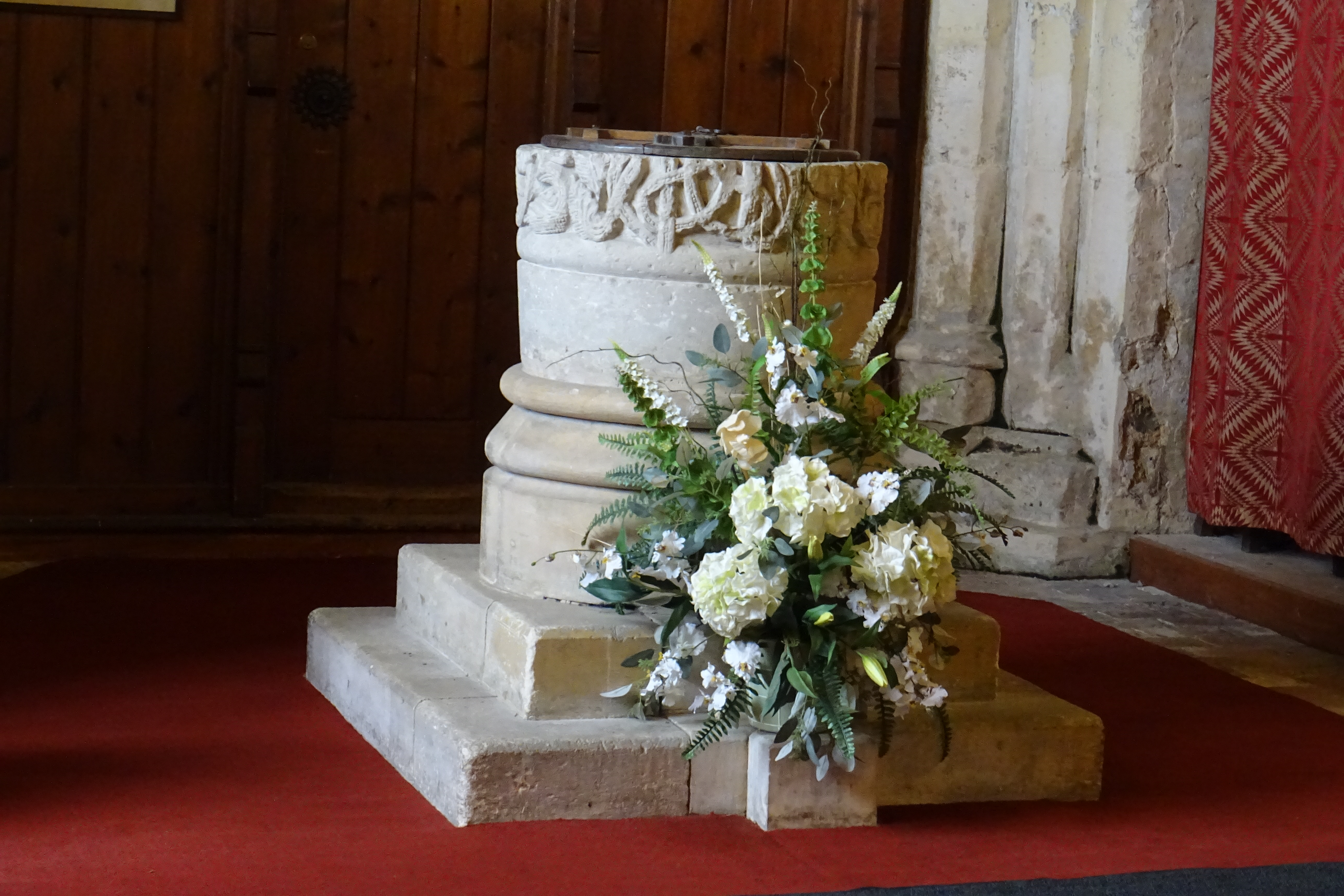 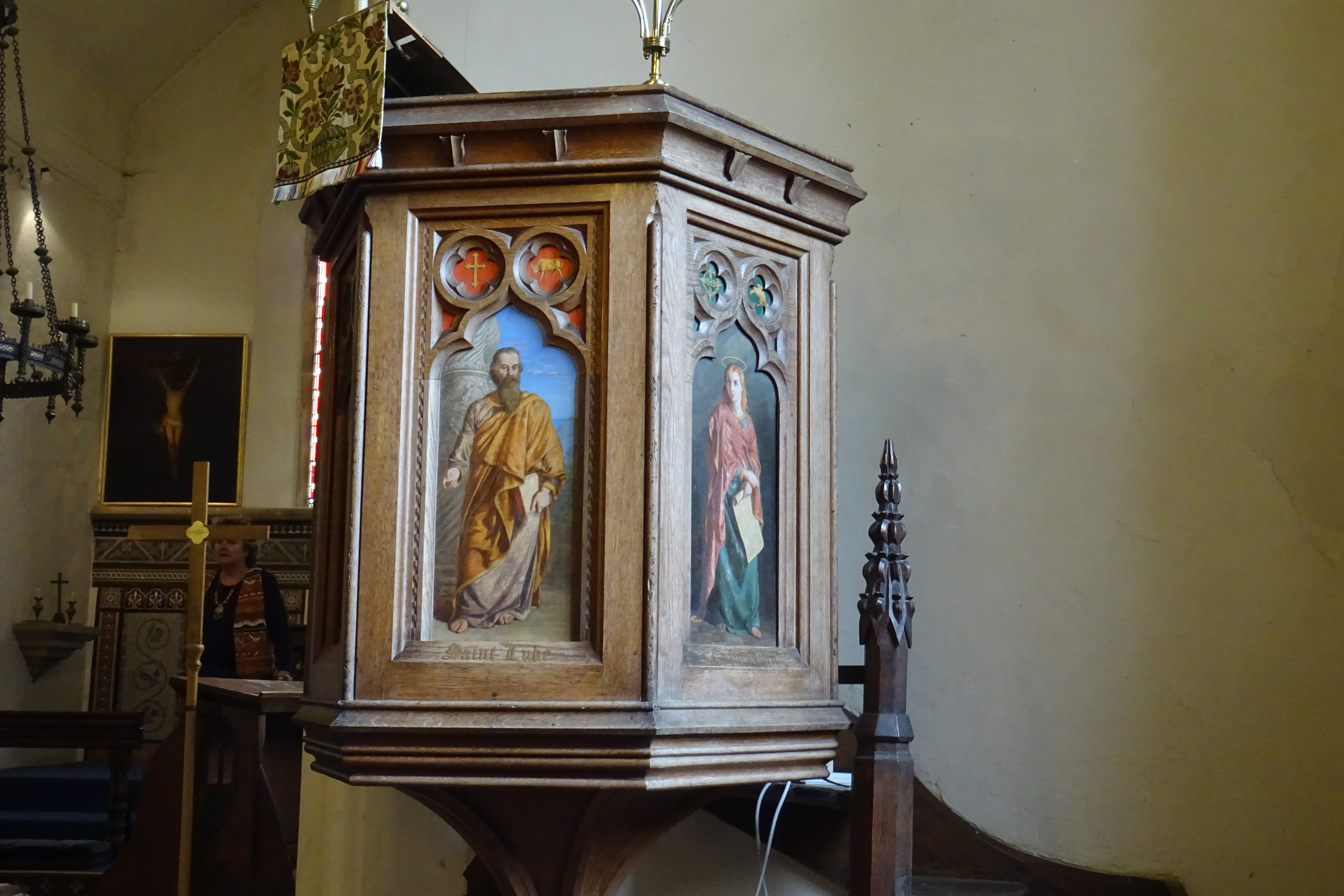 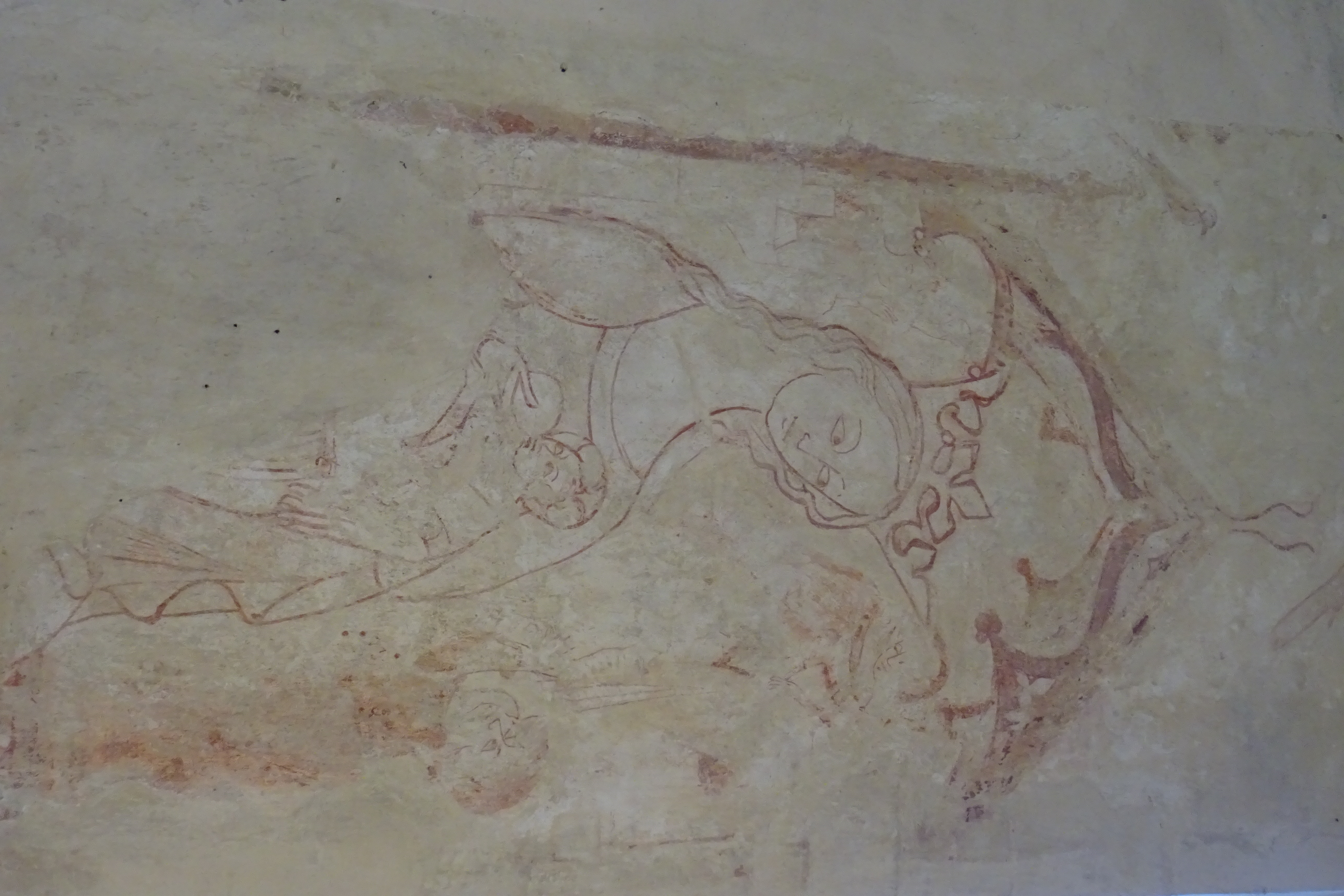 The last supper. I have a lot of these! 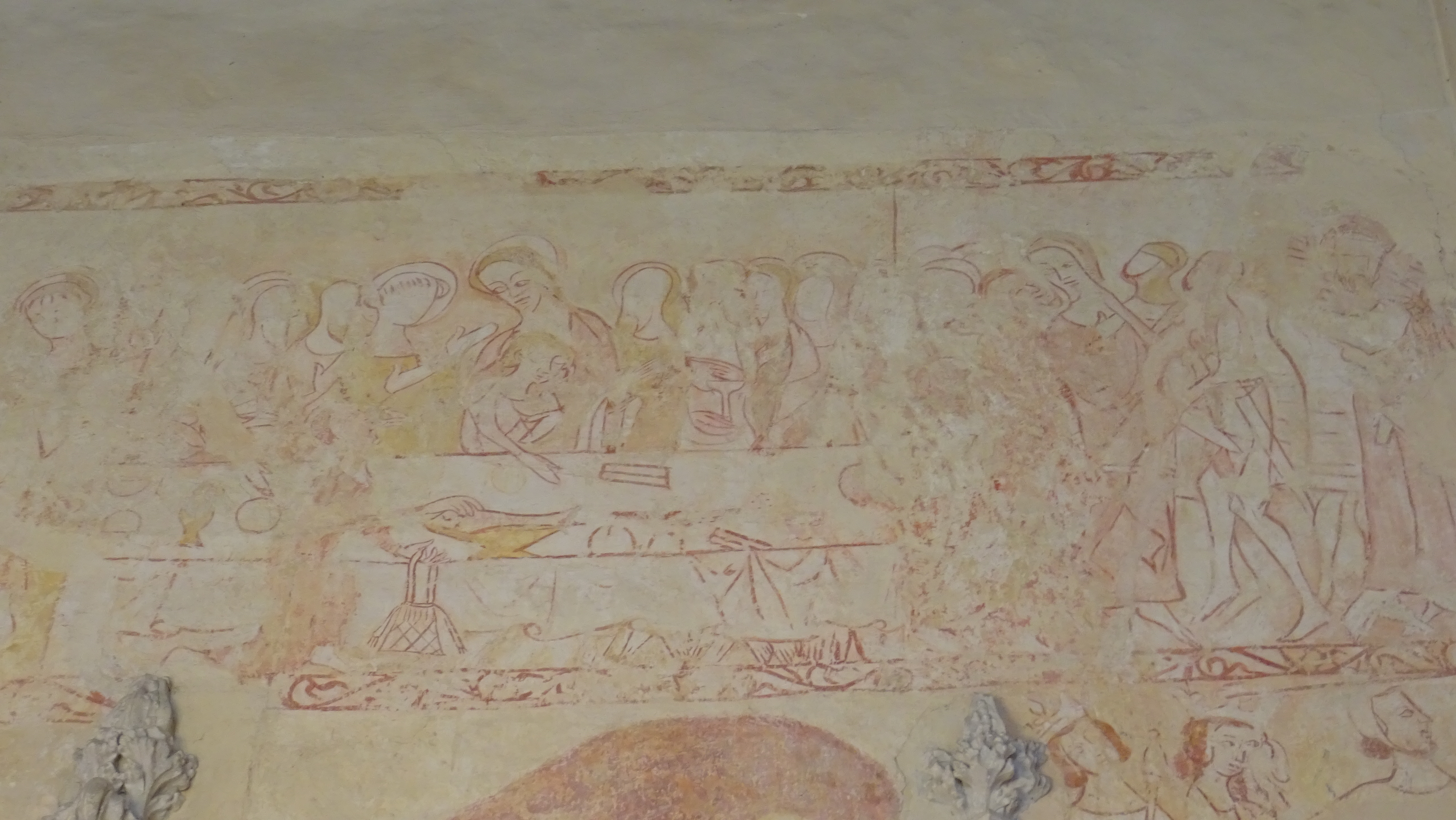 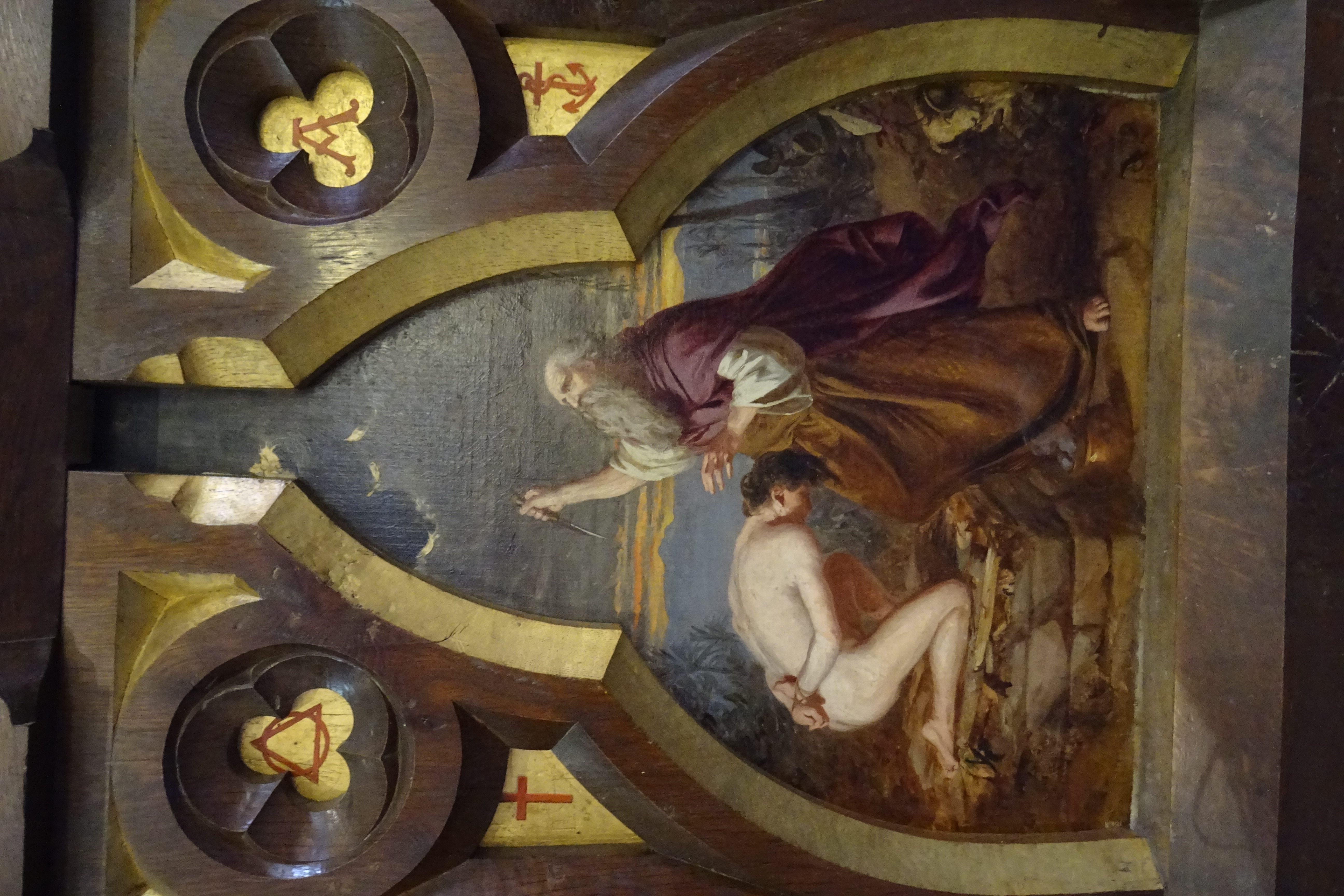 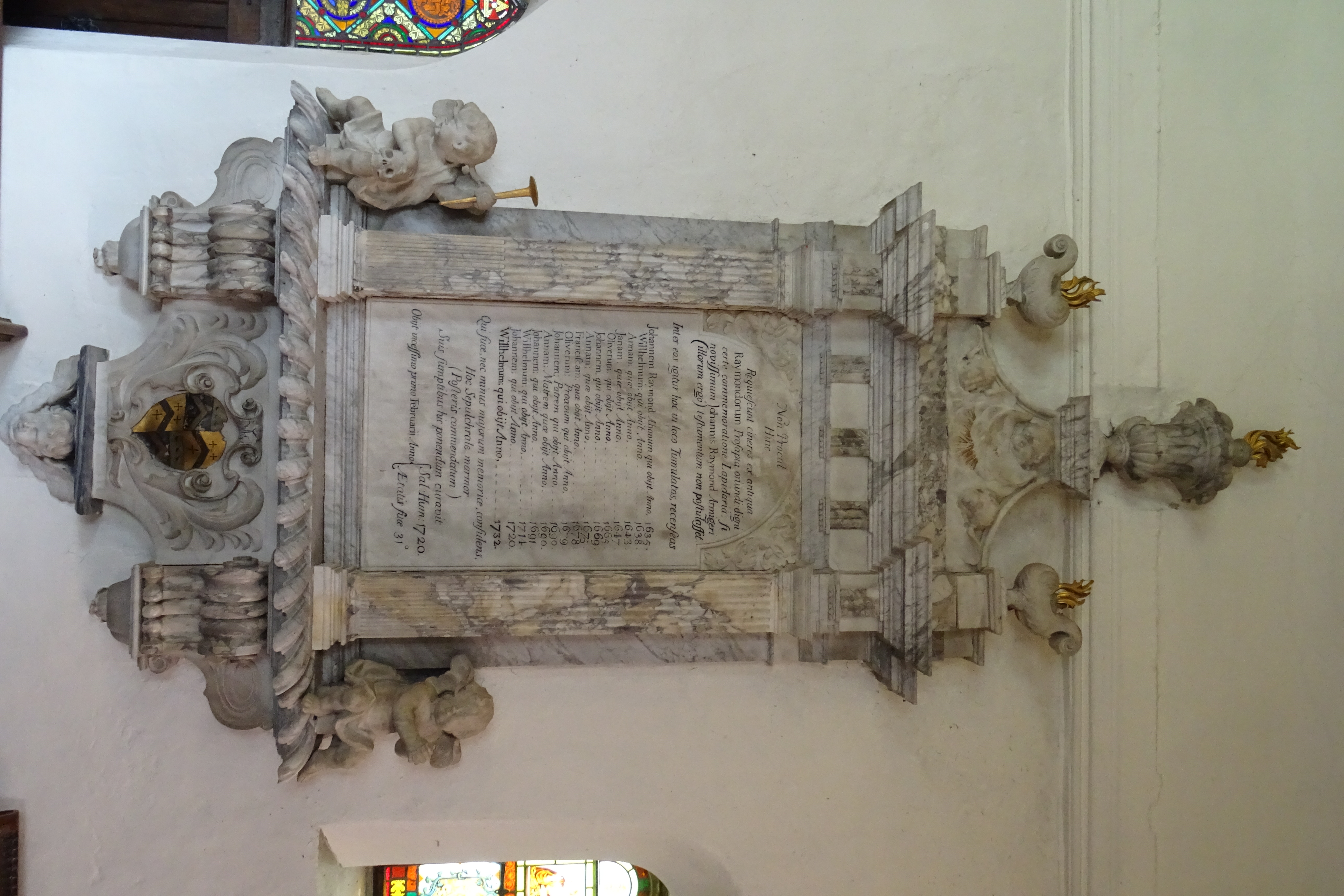 The memorial was designed and built for John Raymond III in 1720 by Thomas Taylor, a Master of The Worshipful Company of Masons . 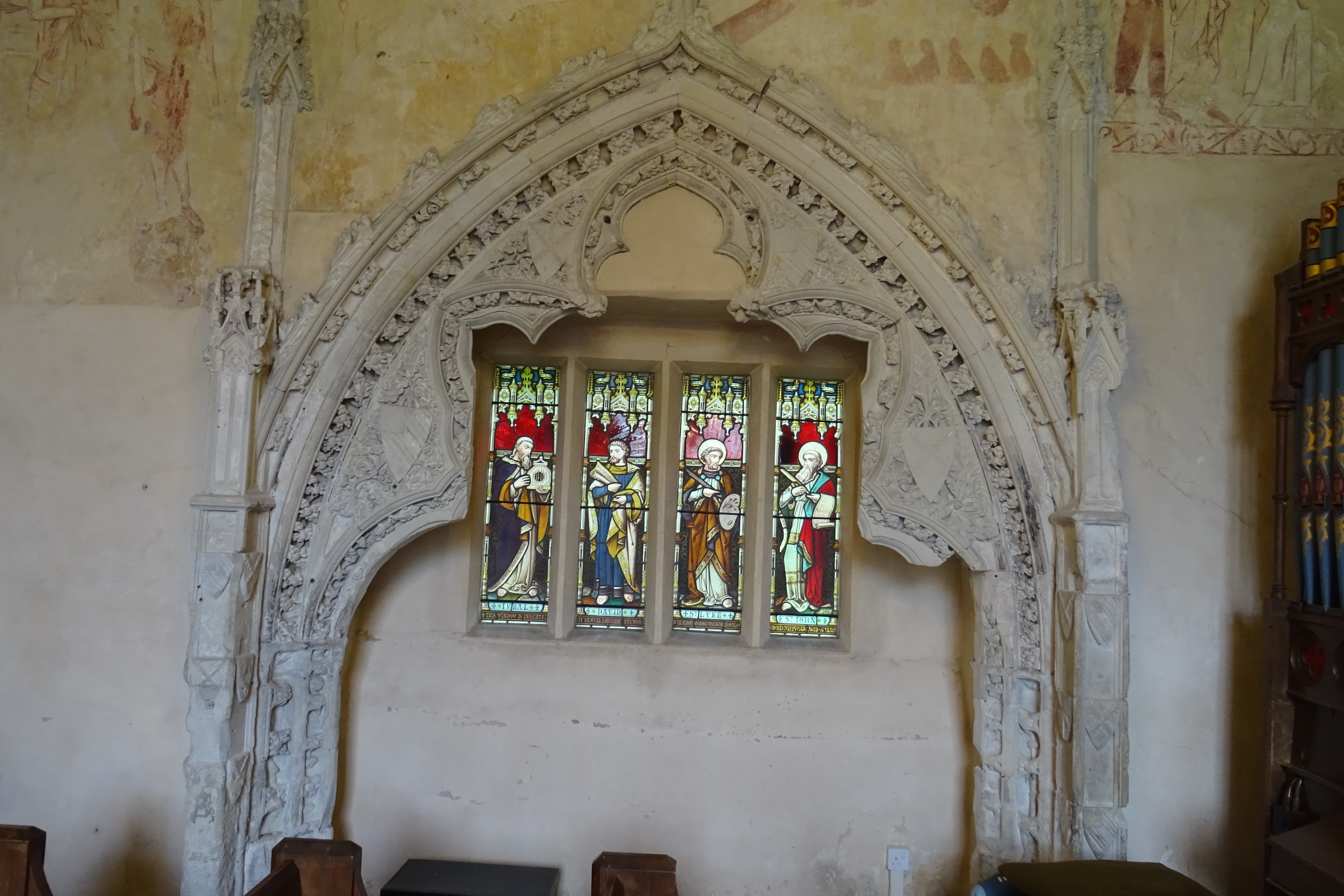 The tomb and chantry in the North wall of the Nave is that of Sir John Boutetourt who died 1334/36, a powerful knight honoured by Edward II. Sir John acquired the Advowson of Belchamp Walter, Belchamp Otten and Gestingthorpe due to his marriage to Maud Fitz Ottes of Gestingthor pe.

It is not known where he resided, only that he was honoured by his son in the erection of the chapel. It is possible that he did occupy the manor house on the site of the current hall. He was responsible for the manor and rectory which was administered by Colne Priory, which was founded by Aubrey deVere in 1110.

Thomas Ftz Ottes (Fitz-Otho) held the Adwonson prior to Boutetourt. The Manor and Rectory having been passed through many medieval Lords through Inquisitions post mortem by the crown.

You can find the crests of Botetourt and Fitz Ottes in the eleborate carving. 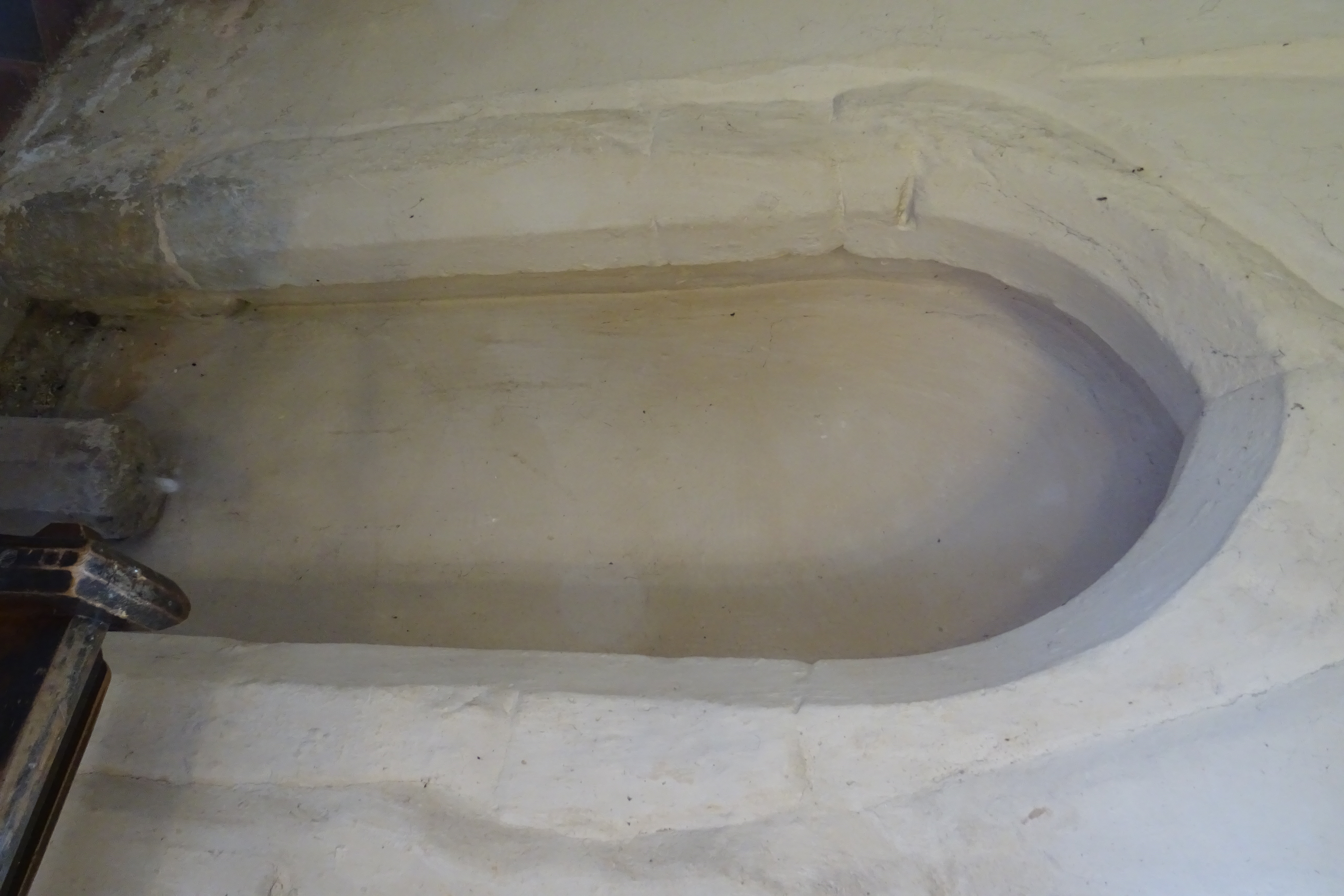 While the Rood loft and screen are undoubtedly absent, the access to the loft has been lost due to the rebuilding of the chancel arch. The sprial staircase would have been located where the buttress, part of the 1859 renovations, now exists.

The Raymond Crest is supposedly "Wrongly Painted in the 18th/19th Century" - Quote from British History Online. The chevrons are white instead of gold.

I am purposely uploading photos to the server and not keeping a copy in the images directory. This is to ensure that they are available for download. This means I may not be able to demo the page without an Internet connection.